Orville Gibson started making mandolins in Kalamazoo, Michigan sometime around 1893, which makes this A-style mandolin from 1899 one of his earliest instruments. (The Gibson company was founded in 1902, with Orville as shareholder rather than a builder.) As Orville’s mandolins go, this is a fairly plain model, although the elaborate headstock hints at how wild his designs could get. (Seiously, you should check out this insane Orville Gibson harp guitar.) Orville Gibson had a lot of ideas about how fretted instruments should be made. The main one, that carving the top and back would increase the mandolin’s volume and enhance the tone, was a brilliant insight. It worked so well that within a few years his carved top designs made the centuries-old bowl-back mandolin design essentially extinct in America. His other main idea, that the back, sides and neck should be carved from a single piece of wood, wasn’t as successful.

I’ve played a handful of Orville’s instruments over the years and while I don’t think that they sound as good as the later Gibson mandolins and guitars, they do have a charming tone all their own. When you get to see one up close, they actually have all sorts of features that look a little weird to our eyes. I wonder what mandolin players in 1899 though of them? This particular example has the Gibson Lyre label, which feature Orville face superimposed over one his wildest creations, the Lyre Mandolin. (You can read more about that here.) It is also in fine condition, which is fairly rare for a mandolin from this era. It’s a little pricey at $16,500, but it is a very important piece of American musical instrument history. Actually, I take that back. If a movie prop can sell for $4,000,000 then I think $16,500 is pretty cheap for a mandolin like this. This Style A is currently at Gruhn’s but if you’d like to start your own Gibson museum, he would be happy to help you out. 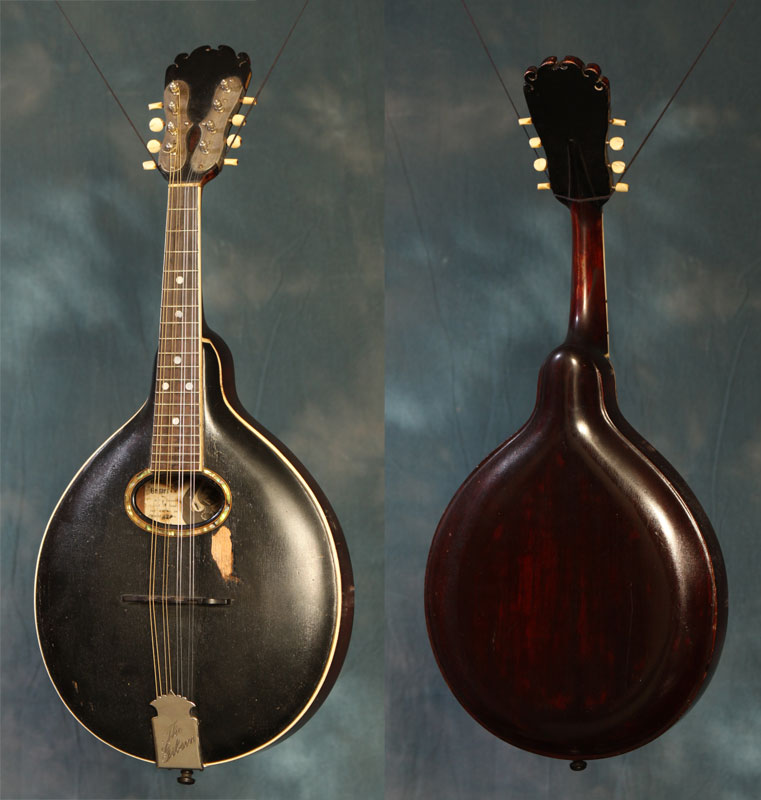 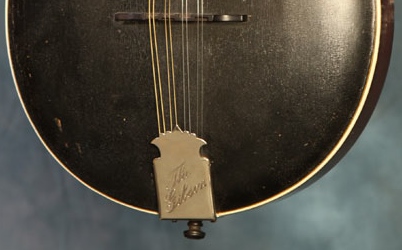