A glimpse at just some of the performers, guests and speakers at the first-ever Fretboard Summit, taking place November 6-8, 2015 at Costanoa Resort. Two time Rock & Roll Hall of Famer, founding member of the Byrds and CS&N and all-around guitar fanatic. Crosby graced the cover of The Fretboard Journal #25 and continues to seek out new sounds and new songs. We’ll be treated to a short set and Croz’s thoughts on alternate tunings. Bryan Sutton is one of the most tasteful and respected flatpicking guitarists playing today. His work with Ricky Skaggs and Hot Rize is legendary and he’s one of Nashville’s most sought-after session players. We captured a few solo Sutton songs during our Fretboard Journal Live session; we can’t wait to see what he’ll be playing at the Summit. 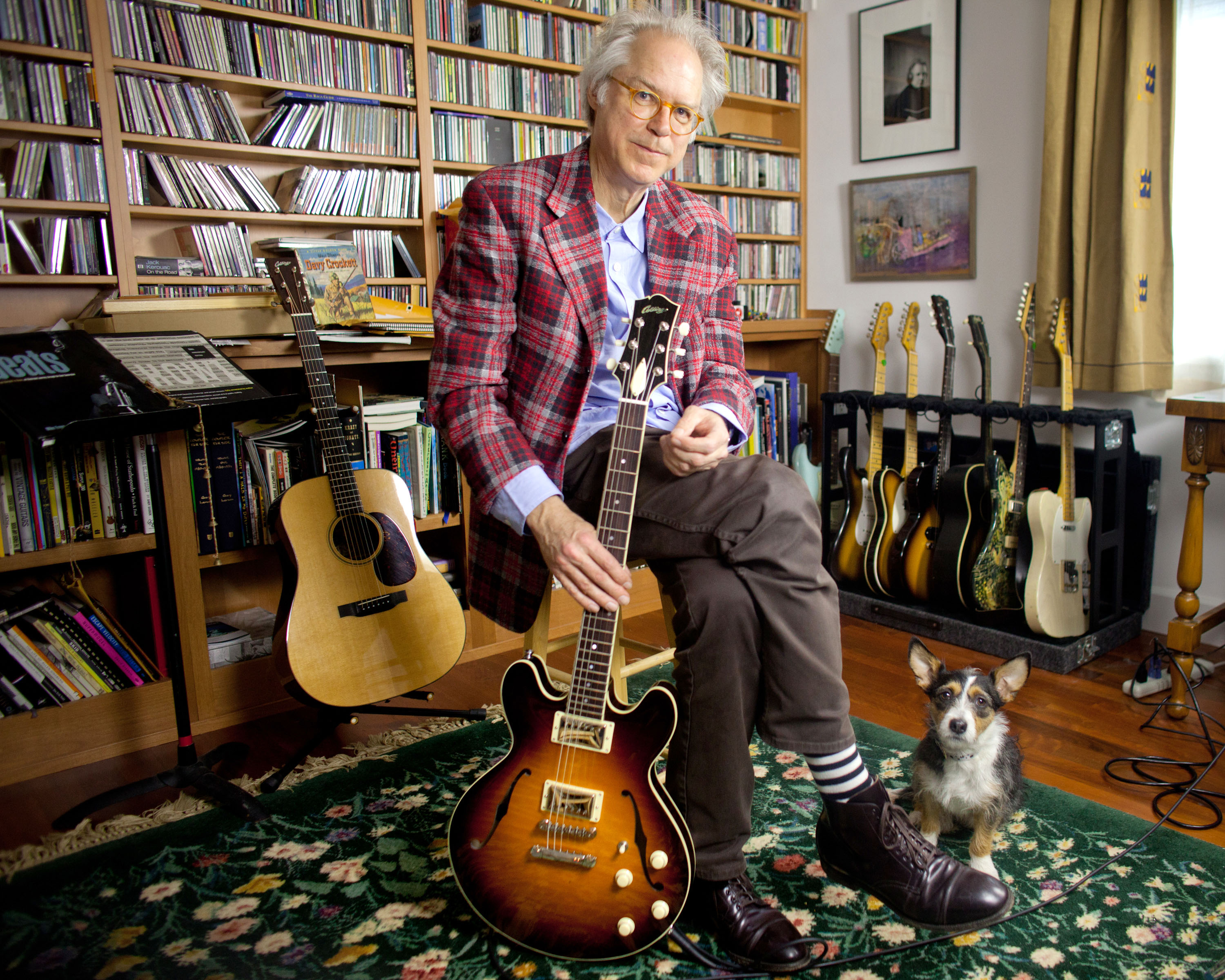 Grammy winner, guitar innovator, frequent FJ collaborator. Whether he’s playing an acoustic flattop, his Steven Andersen archtop or a Telecaster, Frisell’s tone is completely unmistakable. Originally interviewed in The Fretboard Journal #4, he also graced the cover of The Fretboard Journal #12 (interviewing his hero, Jim Hall). Over the years, he has been the subject of numerous FJ video productions and online features, including the story of his lost (and found) Gibson ES-175. billfrisell.com 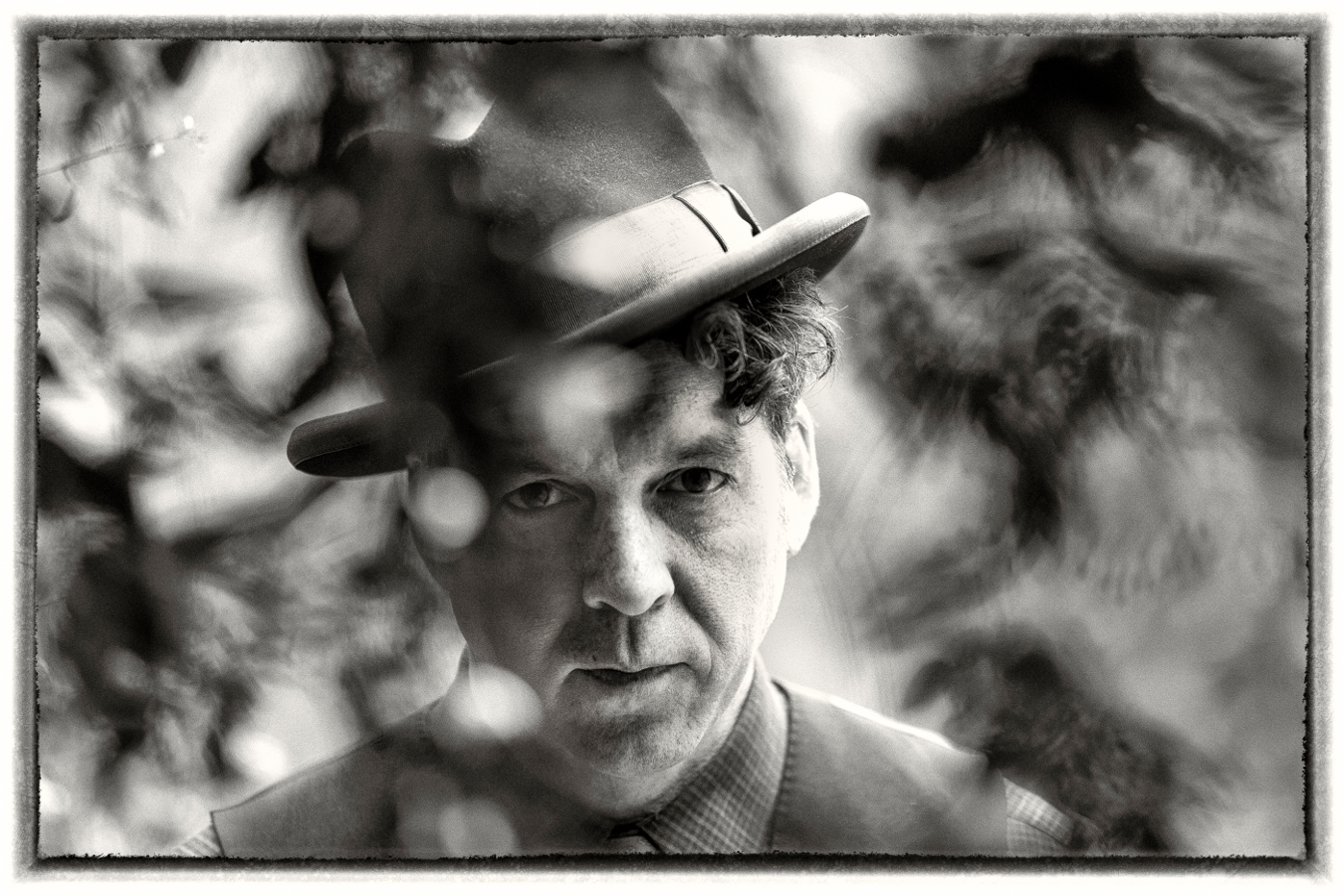 We originally wrote about producer, singer-songwriter and author Joe Henry in The Fretboard Journal #26. A few years later, Henry penned his own contribution to our 33rd issue, when he sat down and interviewed Greg Leisz. Henry is one of the most eloquent and thoughtful musicians alive today (he has produced three Grammy winning albums in the basement of his house in Pasadena). We can’t wait to hear what he has in store for the Summit. joehenrylovesyoumadly.com 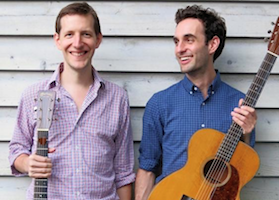 We love it when two of our favorite musicians pair up and Avalon, the 2014 album featuring Julian Lage and Chris Eldridge (Punch Brothers), didn’t disappoint. These two bona fide guitar geeks have appeared separately in the magazine and were also our guests at The Fretboard Journal vintage guitar shootout during Wintergrass 2014. It’s proof that the future of the acoustic guitar is in very capable hands. www.lageeldridge.com 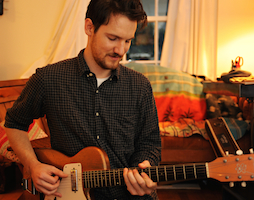 Though he may not be on your radar (yet), songwriter, guitarist and producer Blake Mills is one of the most exciting musicians we’ve heard since our inception. Mills will be featured in the Fretboard Journal #34 (he’s also appeared on our podcast and as a guest of Fretboard Journal Live), where he describes his training under Bob Brozman, walks us through his bespoke gear and talks technique with us. At the Summit, you’ll be able to see why he’s one of the favorite guitarists of Eric Clapton, Jackson Browne and others in the know. blakemills.com 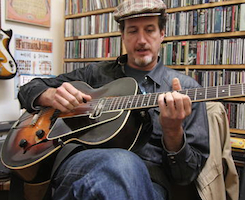 Though New York’s Matt Munisteri has yet to receive the full Fretboard Journal feature treatment (we did shoot a video with him, as well as a podcast), he’s one of our all-time favorite guitarists. Munisteri can deftly reference the music of Bill Monroe, Willard Robison or Brian Wilson, making him the perfect foil for whatever crazy guitar themes we come up with during the Summit. mattmunisteri.com Paul Reed Smith has been a musical instrument maker his entire working life. As he celebrates his 30th year as an instrument builder, he’ll be sharing his thoughts on acoustic and electric guitar building. Smith has twice been a TedX speaker and was featured in The Fretboard Journal #4 as well as on our video channel. In 1973, Dick Boak was hired by the Martin Guitar Co. to work as a draftsman. Ever since, Boak has been an integral part of Martin’s legacy. In addition to his work preserving the Martin company archives and documenting the company’s history, he’s a prolific artist, musician, writer and woodworker. www.dickboak.com 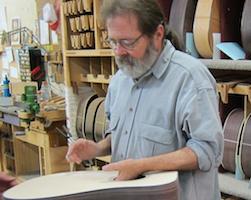 With the Summit taking place just down the street from the Santa Cruz Guitar Co., we couldn’t resist inviting Richard Hoover to attend. A living lutherie legend, Hoover was featured in the very first (and now very out-of-print) Fretboard Journal. In addition to making great guitars, Hoover is a de facto historian of stringed instruments. www.santacruzguitar.com 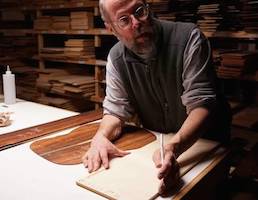 Every time we talk to Maine’s Dana Bourgeois we learn something new about guitar construction and tonewoods. Bourgeois was featured in The Fretboard Journal, but he’s also been a guest on our podcast and a frequent resource for our magazine’s editors and writers. At the Summit, he’s offered to give us a top voicing demonstration, finally showing us all what the fuss is about. http://bourgeoisguitars.net 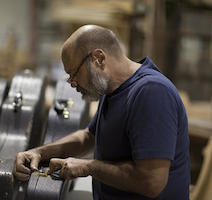 He’s insightful, informative and always hilarious. Yes, builder, car fanatic and all-around-wildman Bill Collings is a one-of-a-kind character in our little guitar universe. Though we’d pay to watch him crack jokes for an hour, we’re pretty sure he’ll be discussing his fanatical work at Collings and Waterloo Guitars at the Summit. Collings was first featured in the Fretboard Journal #3. collingsguitars.com / waterlooguitars.com 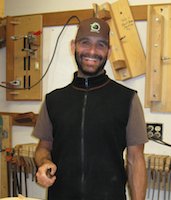 The exquisite Brazilian rosewood guitar creations of Jeff Traugott are some of the most collectible modern instruments ever made. In fact, over the course of his 24 year career as a luthier, every guitar he’s built has been pre-sold. We featured Traugott in The Fretboard Journal #22, where he and client Charlie Hunter talked about the evolution of the seven-string bass-guitar hybrid that they created. A Santa Cruz local and former Santa Cruz Guitar Co. employee, Traugott is also a former TedX speaker.     www.traugottguitars.com 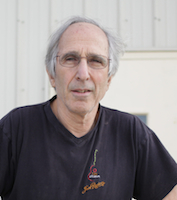 Michael Gurian is a living legend in the world of guitars. A product of the Greenwich Village scene of the 1960s, Gurian started out making and repairing classical guitars, ouds and lutes. As his business grew, he expanded to steel string guitars and eventually created one of the first “boutique” guitar factories of the modern era. Today, Gurian is no longer building guitars but he is supplying nearly every major manufacturer with binding, herringbone trim, bridge pins and other essential parts. Watch the documentary we filmed on Gurian here. gurianinstruments.com 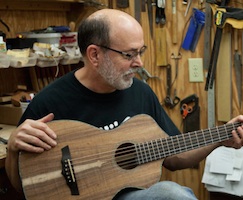 Frequent FJ contributor John Thomas has penned stories for us on nearly every facet of the guitar world: from CITES, to Jackson Browne, to the art of lutherie (his issue nine profile of builder Kim Walker is here). Thomas recently blogged about his first guitarmaking project with builder Jay Licthy, but perhaps is best known as the author of Kalamazoo Gals: A Story of Extraordinary Women & Gibson’s “Banner” Guitars of WWII. We can’t wait to see what he has in store for the Summit. www.johnthomasguitar.com 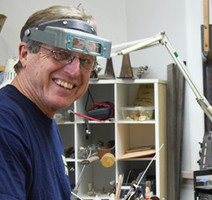 Mass Street Music owner and founder Jim Baggett is a pre-war Martin aficionado, experienced luthier and instrument appraiser. You’ve undoubtedly seen him on Antiques Roadshow appraising fine guitars and violins. He has also served as a consultant to Martin guitars. Baggett could talk about any number of subjects in depth, but at this year’s Summit he’ll be walking us through the evolution of fretted instrument restoration and repair. massstreetmusic.com 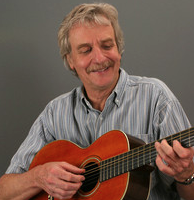 Gryphon Stringed Instruments co-founder Richard Johnston is one of the world’s foremost experts on vintage Martins and was the co-author of Martin Guitars: A History and Martin Guitars: A Technical Reference. He’s also a frequent musical instrument appraiser on the hit PBS series Antiques Roadshow. gryphonstrings.com 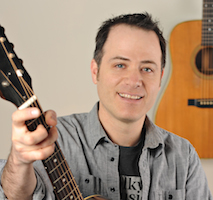 Since founding Folkway Music in 1999, Mark Stutman has quickly earned a reputation for not only carrying some of the world’s finest instruments but being able to fix them, as well. A former student of Sergei de Jonge, Stutman is one of the go-to repairmen for high-end vintage instruments and counts among his clients Ry Cooder and Joe Henry. We interviewed Stutman back in 2013 for this site. folkwaymusic.com

Note: These are just some of the presenters who will be on-hand… we’ll be updating this page every week with revisions. We’re also taking suggestions for talks, demonstrations and presenters here. Lineup subject to change. 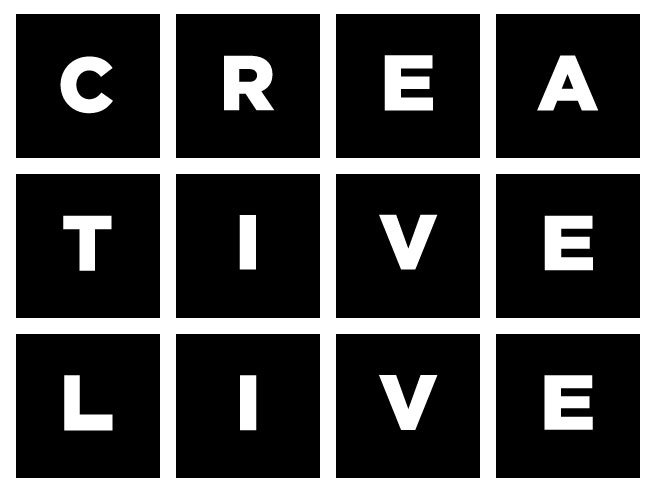 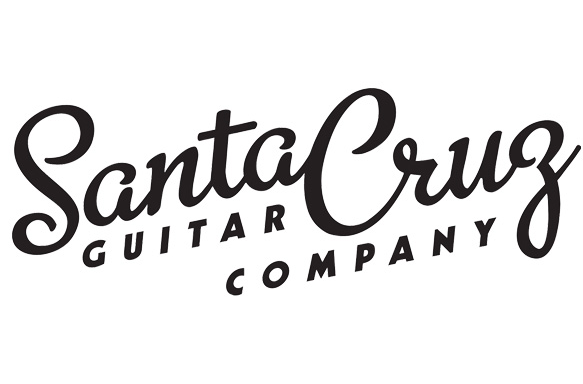